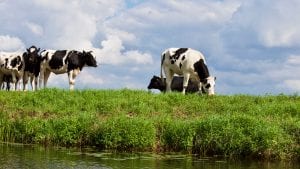 Some weeks one wonders if we are living in a Monty Python sketch. There has been the case of a person in Canada who identifies as a woman but has had no surgery, complaining to the human rights commission that a female beautician refused to handle and wax the scrotum. In a #metoo world this is bizarre. It reminds me of the lumberjack song (a portion reproduced below.)

“He’s a lumberjack and he’s OK

He sleeps all night and he works all day

I cut down trees, I wear high heels

Suspenders and a bra

I wish I was a girlie

We have also seen those concerned about climate change fly half way around the world in private jets to attend a talk fest where the take home message is that the proletariat should be dissuaded from flying or being involved in any activities generally preferred by the elites. In other words, it is OK to fly one person in a private jet but not for the masses to fly in a commercial plane. Even the boss of Qanats, generally a fairly woke sort of fellow, came out swinging.

But of course, the best one was the call by the UN for the plebs to give up meat and become vegetarian – to cool the planet of course. Similar calls for lions to go vegan or sharks to adopt a vegetarian diet seem to have gone unheeded.

It is actually quite difficult to know where to start with this nonsense. Monty Python had a Ministry of silly walks but even they didn’t have a ministry of silly dietary guidelines. The notion that flatulence from cows is heating the planet has no basis. Equally the idea that grazing cattle is more environmentally damaging than monocrop grains is also false. The amount of water needed to produce a litre of almond milk dwarfs that needed to produce a litre of dairy milk.

Even if we put all that to one side, human beings are omnivores. The only reason those who chose a vegan diet can live is because of the availability of mineral and vitamin supplements. In no other era of human history could you be a vegan and survive. We know that the introduction of low fat dietary guidelines which call (unbelievably ) for eating of up to 24 slices of bread daily have caused the increase in obesity and type two diabetes we have seen over the last 40 years.

Now those who for whatever reason choose to be vegan or vegetarian are entitled to that choice. The problem is when governments seek to impose that choice on the rest of the population. The usual suspects are now pushing a “meat tax”. This will not stop the elites eating Wagyu Beef at their climate love ins, but it will make proper nutrition more expensive for working people who do not own their own plane.

It is not, in my opinion, a coincidence that the billionaire backers of artificial meat are involved in pushing this agenda under the cover of climate action. Their business interests stand to benefit if people are taxed into eating “franken food”.

It is almost Brave New World stuff where the elites (alphas) get the best and do what they want whilst  the rest of us get the left overs and do what we are told. The end result is a poorer and sicker society. Whilst I do not entertain conspiracy theories, maybe this is the agenda of the elites? Who knows? They certainly don’t tell us their true motives.

Sadly, when it comes to dietary advice, governments and the UN are totally discredited. The real world results of their advice are plain to see. This latest effort shows some signs of desperation. Maybe, just maybe, we are reaching peak stupidity and will emerge on the other side in the next decade?