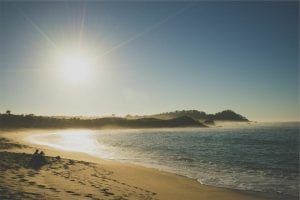 A quote from Hippocrates about the role of medicine came to me when considering the case of Oshin and treatment for his cancer – “Cure sometimes, treat often and comfort always”.

In 400BC Hippocrates was not able to cure much. Today we can cure some conditions but we can treat everything. Indeed modern medicine can be accused of over promising and creating a false impression that treatment equals cure.

Unfortunately cure and treatment can conflict with comfort. Many treatments cause significant side effects, none more so than chemotherapy.

Side effects can be accepted in the short term if the longer-term result is cure or at least a significant increase in quality or quantity of life.

Lets start with something that all sides agree on. Oshin has a medulloblastoma, (a brain tumor). Despite surgery being performed last December, further treatment was recommended by doctors and declined by the parents. The family court has now ordered that chemotherapy be started.

We only know percentages. With chemotherapy alone there is a 30% chance of Oshin surviving for five years, increasing to a 50% chance with the addition of radiotherapy.

There is no certainty that with treatment he will live for five years or even five weeks. Surviving five years is not the same as cure. Nobody is predicting Oshin will see 20 let alone 40.

A media release from Professor Frank Daly Chief Executive Child and Adolescent Health Service (CAHS) says, “It is acknowledged that there are potential significant side effects to chemotherapy and radiotherapy. The response to these treatments will vary from child to child and it is not known in advance what the full impact of treatment will be for the individual child”.

Some immediate side effects can be improved with pain relieving and anti nausea medication, to a point. Longer term it has been acknowledged publicly that Oshin could have visual, hearing and cognitive impairment. Other medical problems that will likely arise cannot be predicted.

The statement adds; “CAHS has a duty of care to ensure that all children attending Princess Margaret Hospital are provided with the best available medical treatment”. It adds; ” … treatment with the aim of cure and not palliative care, remains the best treatment for the child”.

The standard of treatment is not being questioned. Its value to this family is.

The CAHS statement makes no reference to comfort as a priority. In contrast, the affidavit of Oshin’s mother, Angela Kiszko, describes the pain and suffering she has witnessed her son go through as well as the significant effects on his two siblings. It describes the feelings expressed by Oshin himself and her concern for his quality of life.

It ends with a plea for palliative care and the opportunity for quality time.

And herein lies, in my opinion, the crux of this issue. It is a clash of values between the parents and the doctors over comfort, treatment and cure. The parents value comfort higher than a 50% chance of five-year survival. The doctors hold the opposite value.

The parents and doctors might as well be speaking different languages. The former are talking treatment with the hope of longer life while the latter are talking about comfort and quality of life.

In this instance these two concepts are not very compatible. Hence the argument turns on the moral standpoint of which matters more.

As a doctor I can state categorically that it is much easier to dispense treatment than to be on the receiving end. This is a statement of the obvious but also demonstrates that we see the world through our own eyes. The experience of a person undergoing treatment is not the same as that of the doctor. Neither is right or wrong – but they are not the same.

In turn, the priorities of doctor and patient may differ. Doctors tend to place a high store in cure. So do most patients, but not all.

Above all else, if treatment does not succeed the doctor has done their best but the end result is the same. They may be saddened, but are no worse off. In this case it is agreed by all that treatment will lower the quality of life in the short medium and long term and the chance of surviving (with significant permanent damage) for five years is between 30 and 50% at very best.

The family and Oshin have to live with the consequences. When he is crying at 3am in three months time who will be there to comfort him? When he is vomiting who will clean him up. When he misses out on simple childhood joys like jumping in puddles who will watch and weep?

It will be his family not the doctors, or the courts.

The judge notes “… the difficulty for parents to see beyond the immediate short to medium term negative impact of the treatment upon the quality of life of the child against the prospect that there is a cure possibly available”.

He concludes “… the prospect of long-term cure is the matter that must most heavily weigh in the decision…” and “one other matter that I think ought to be given weight is that the uncontested medical evidence is that the great majority of other parents faced with a similar decision would opt for the intervention that the hospital process”.

The statement by CAHS and the court ruling do not claim Oshin will be cured. They acknowledge he will suffer. The role of Oshin and his parents in having to live with the consequences 24/7 is glossed over.

I was asked last week by Nine News what I would do as a parent and doctor. As a parent it is impossible to know what you would do unless you are in that situation. As a doctor you need to have extremely strong grounds to seek to over-rule parents. The downside is with them not the doctor. I would not have taken this action based on my knowledge of the case.

The conflict of values can be summed up by the line from Elton John’s Song for Guy, dedicated to a 17 year old killed the day it was written – “Life isn’t everything”.

Oshin’s parents share that view. The judge and his doctors do not.