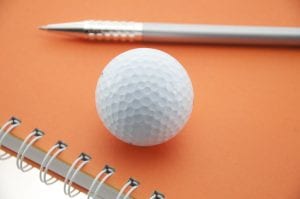 Perhaps one of the signs of getting older is that we worry less about what others think of us. After all one of the things that we are implored to do is accept others, warts and all. The marriage vow of,  “for better or worse” applies to many aspects of life.

We can all learn something from the saga of American golfer, Tiger Woods.  In April he won the Masters Golf Tournament at the age of 43. Jack Nicklaus won his sixth Masters at age 46, so the age factor was not extraordinary. What was remarkable were the obstacles Woods overcame.

To say that Tiger has had his ups and downs over the past couple of decades is an understatement. He came on the scene as this prodigious, somewhat arrogant young golfer, winning many tournaments including significant championships and was considered the best of the past generation, if not of all time. His life, however, took a series of unfortunate twists and turns.

The breakup of his marriage, news of his sex addiction and video showing him staggering while under the influence of drugs was played out in front of the international media. We learned that Woods had significant knee and spinal disc problems, which caused him to stop playing. After four spinal surgeries including a final spinal fusion, many felt that his career was over. Finally, it was fusion surgery, which stabilised his lower back.

Imagine having to be the focus of attention by the global media and experiencing physical pain and psychological humiliation on a worldwide scale. Few of us ever have to deal with such circumstances. Somehow despite the doomsayers and the mocking by many, Tiger put his head down, overcame many of his demons, worked hard to get his game back and ultimately succeeded in beating the best in the world. It is apparent that Woods today is a more humble man as the result of his life experiences.

We have all had issues in our lives that others would find embarrassing, so it behoves us not to be so judgemental of what others have done. The majority of us keep those events from public view. Tiger Woods did not have that privilege. Like many athletes and entertainers, being in the public domain has its downside.

Did Tiger worry about what others thought? Did he throw the towel in and spend the rest of his life feeling like a failure? No. He didn’t listen to what others thought. We need to take on the same philosophy in life. People try to throw us “off our game” with criticism and negativity. The good news is that the older we get, we tend to develop a thicker outer shell.

Doing what you feel is right and not politically correct or acceptable by a particular group can be challenging. Sometimes it takes real courage. But there is only one person who you have to answer to, and that is the person staring back at you in the mirror. Be yourself.

Dr Ely Lazar and Dr Adele Thomas have had a combined 80 years of experience in the health field as both Medical Doctor and Chiropractor. They therefore have had first hand experience in dealing with the health issues of seniors and retirees. Over the past 30 years they have travelled extensively to 38 countries in the Americas, Europe and Asia, including 43 U.S. states. This has given them insights and experience in counselling others regarding their travel needs. Their latest book is: Relationship Secrets For Sexy Seniors