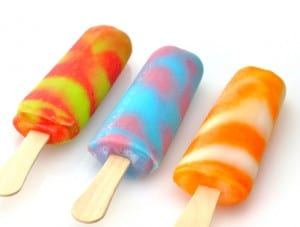 Recently, I read an article about a new mother’s experience taking her toddler to the emergency room after a face-first fall onto an iron table, bleeding profusely. After her child was evaluated, it was determined that no serious injury was sustained, and no further intervention (i.e. stitches) was needed, and the toddler was discharged home with some wound care instructions and a popsicle. When the mother subsequently received a bill from the ER, she remarked, “That was one pricey popsicle.”

In response to this, a physician wrote a blog outlining some of the tangible services received besides the popsicle, including immediate access to expert medical care on the weekend, the ability to treat her child if indeed he had suffered a head, neck, dental, or eye injury as a result of the fall (which fortunately was not the case), and perhaps most importantly, the expertise to know that the child didn’t require additional expensive and possibly risky tests or procedures.

In medicine, it is common for patients to feel that they didn’t get medical care if “nothing was done”. For example, antibiotic overuse is rampant in part due to the tremendous demand from patients to get a prescription, whether or not their infection is likely to be viral (and therefore, antibiotics are both unhelpful and also inappropriate, as well as potentially risky). Back pain and minor musculoskeletal injuries are highly featured in this conversation too. Patients often feel unsatisfied when a specialist prescribes 6 weeks of rest and anti-inflammatory measures (No cast? No surgery? No MRI?).   This low value perception exists in spite of the overwhelming likelihood that the injury will actually heal with this approach, which is also the least costly and least risky, and that the specialist has “done something” to determine whether the injury is minor or severe (in which case, additional treatment like splinting or surgery will be done).

The diagnostic questions, physical exam, and ultimate medical judgment that results in the decision to “do something” or not is often not appreciated as “something” in itself.

Deciding not to do something is itself a decision. It is, in fact, an actual service to make a medical assessment and judgment, even if no further procedures, prescriptions, or tests are warranted. There is enormous value in expertise and access to expertise.

Simply consider the perceived value one might have if the same evaluation was done, but stitches were placed – this might “feel better” to the patient or parent, because “something was done”.

However, consider what might happen if a preference for action (commission bias, on the part of the patient/parent or physician, or both) led to the decision to place them. The patient would need a sedative and numbing medication to facilitate the suturing. What if the patient had an allergic reaction to a medication? Perhaps a breathing complication from the sedative? Maybe a medication mix-up and an overdose or completely incorrect medication was given?

And, what about the decision to not seek medical care (always an option), but missing a serious injury, resulting in permanent harm or worse?  Even as a physician myself, I have struggled with this question – especially at night or on a weekend – with my own family.   In the end, I’ve always appreciated the expertise of a pediatrician or trauma doc, even when it came in the form of simple reassurance.

Not seeking an expert medical opinion has risk.  Procedures and medications have risk.   Even tests have risks.

Especially now, with an increased emphasis on patient satisfaction and shared decision making, we must be careful about commission bias and the perceived value when “nothing is done” compared to when “something is done.”

After all, one of the most fundamental guiding principles of medicine is primum non nocere, Latin for first, do no harm.

Marjorie Stiegler MD –  I’m a physician, researcher, writer, and student of cognition and medical decision making behavior, especially in the context of emergencies. I’ve had the pleasure to serve on several national safety and quality committees for the American Society of Anesthesiologists and the Anesthesia Quality Institute.  I trained in anesthesiology at the Massachusetts General Hospital/Harvard.  Recently, I’ve been honored to be selected as a board examiner by the American Board of Anesthesiology.  It has given me great joy to teach thousands of physicians, executives, and other healthcare professionals about: