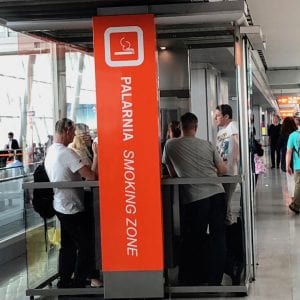 It is interesting to apply current thinking to decisions taken years ago. Whilst our greater knowledge today can make previous behaviours and thinking seem odd or plain wrong, there are also instances when applying todays approach would have stopped progress.

In the 1960’s it became apparent that seatbelts reduced harm from use of motor vehicles. Whilst the vast majority of users, got from A to B safely, there were (and still are) vehicle collisions causing death or serious injury.

Wearing seatbelts was not subjected to randomised double blind placebo trials. It was not felt that use of a seatbelt required a doctor’s prescription. Use of seatbelts did not make using vehicles harm free. We did not know if there may be long term harms from use.

Yet not only was this form of harm reduction recommended, it was made compulsory.

In the 1980’s we saw the advent of HIV/AIDS. It became apparent that this disease could be spread by sexual activity with other people and that condoms could reduce the risk of this (and other) infections being passed on. Condom use was not subjected to randomised double blind placebo trials. It was not suggested that they be available only by doctor’s prescription or that condom use was a “gateway” to sex.

In neither case was it expected, that despite potential harm being associated with the activities, that people were going to stop using cars or having sex. It is worth also noting that a relatively small percentage of people (certainly not two or three) would suffer harms from their actions.

Total abstinence from using motor vehicles was not deemed a useful approach. Whilst some argued for sexual abstinence (on moral rather than health grounds) human history told us that this would not work either.

Today the very same people who advocated strongly for seatbelts and condoms to reduce harm from an established human activity have a different view.

We know that two out of three smokers will die from smoking related illness. On average, smokers live ten years less than non-smokers. Anyone not living under a rock for the last 50 years knows that there are significant harms from use of combustible tobacco. Yet people still smoke. This is actually less surprising when you consider nicotine and tobacco have been part of human cultures for between 500 and 3000 years.

The late Dr Michael Russell determined in the 1970’s that smokers “came for the nicotine” (which of itself is relatively harmless) but were killed by the combustion of tobacco.

Nicotine replacement therapies (like patches gums and sprays) contain nicotine to help smokers wean off cigarettes. Yet many do not succeed. And there is another group that actually gets a buzz from nicotine or from the hand mouth action of smoking. Thus, they do not want to quit.

What if we had an equivalent of seat belts or condoms for smokers? What if we had products that whilst not eliminating harm, reduced it by 95%?  Surely this would be welcomed by a public health establishment that recognised the futility of abstinence when it came to sex and driving. You would think it would be welcomed by those who understood that eliminating harm was not the enemy of reducing harm.

Products to reduce harm from smoking exist. These include vaping or e-cigarettes, heat not burn devices and Snus. In jurisdictions where available, smokers have switched to them in large numbers. As Russell identified, it is the nicotine smokers seek and when it does not have to come from combustible tobacco (which is where the carcinogens and harmful chemicals arise from) they will choose other options.

Yet public health now argues that these devices should be banned because they are not harm free. It argues we need double blinded placebo trials and that if vaping were to be legalised then access needs to be through a doctor.

It makes zero sense. The numbers of smokers in Australia has stagnated since 2013 despite the highest tax in the world and pain packaging. In countries with vaping, smoking is in far more rapid decline.

Will every smoker switch? Probably not. However, a large number will as we see from international experience. Is vaping harm free? Nothing is harmless but 95% less harmful works for me.

Would the public health establishment argue against condoms or seatbelts on the basis that they did not totally 100% eliminate harm? No. Yet it argues against vaping.  And then throws in some pure furphies like unknown harms and a “gateway” effect implying that vaping leads to smoking.

Figures from all countries with vaping show this does not occur.

A recent poll shows majority public support for legalising vaping. Yet a spokesperson for the health minister said “The overwhelming medical advice and evidence is that it’s likely to lead to the uptake of smoking…”. That the minister is so badly advised by my colleagues is disgraceful in my opinion. There is absolutely no evidence anywhere in the world that vaping leads to the uptake of smoking.The public understands international data better than the medical establishment which, based on its advice to the minister, has forfeited the right to be sole experts in this field.

The other spurious argument is dual use. Yes, some smokers may not quit fully and use both methods. Same happens now with patches and gums. So, what? It is still better than only smoking.

And there was one case where an e-cig exploded. This is trotted out but the deaths from fires started by cigarette butts is overlooked.

That these same people who saw condoms and seatbelts as consumer products and hence not requiring medical involvement now say that if (over their own dead bodies) vaping is legalised that it needs a doctor also makes no sense.

Cigarettes can be legally bought by those over the age of 18 with no special permission. That a product 95% less harmful is banned is totally illogical.

Fortunately, the solution is simple. Australia needs to legalise vaping. E-cigarettes need to be regulated like any other consumer product. Devices and nicotine liquid need to comply to manufacturing standards. We don’t want advertising nor sales to minors.

When we have the existence of the equivalent of seat belts for vehicle passengers or condoms for the sexually active for smokers, it borders on criminal neglect that we ban them.