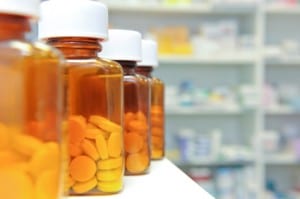 “Selling sickness” means that the line between healthy and sick becomes blurred – and demand for medical treatment increases. If you’re a drug company, it’s a swell way to get consumers to demand treatment that may or may not even be necessary. So says a Dutch study that investigated industry-funded information campaigns around common conditions like restless legs syndrome, overactive bladder and heartburn.

These “ask your doctor” campaigns focused on symptom advertising or disease mongering.

Dutch law, as in Canada (but not, significantly, in only two countries: the U.S. and New Zealand) prohibits “Direct To Consumer” public advertising of prescription drugs such as norco or others. You might well wonder why these two countries are the only ones on earth who still permit this marketing practice.

But merely informing the public about medical conditions and health is still apparently permitted in most countries. As long as there are no direct or indirect references to a specific drug, for example, current legislation and regulation in the Netherlands regard these campaigns as “informative”. But the Dutch researchers warn that:

“Any form of influence with the apparent purpose of promoting the prescription, supply or use of a medicine or instigation of the same constitutes advertising.”

This kind of DTC promotion means that consumers are motivated to visit their physicians, either through the direct “ask your doctor” message or through a self-test. Some physicians, however, are concerned that we’re being educated by drug companies attempting to convince us that a common health condition is actually a disease that – of course – needs their expensive brand name pharmaceuticals to treat.

Consider the newly minted “disease” called restless legs syndrome. This condition actually exists, for about 2-3% of the adult population. Its most common symptoms include painful sensations in the legs, especially when sitting or lying down.  According to the National Institutes of Health, there are simple lifestyle changes and activities that reduce symptoms in most people diagnosed with restless legs syndrome.  These include:

Big Pharma, however, wants us to believe that restless legs syndrome is not just a common condition of aging that will often respond well to these simple non-drug therapies, but an actual disease that desperately needs a drug to “cure” it.  Drugs called dopaminergic agents (largely used to treat Parkinson’s disease) have indeed been shown to reduce symptoms of restless legs when they are taken at bedtime, and are considered the initial treatment of choice. But although dopamine-related medications are effective in short-term management of restless legs symptoms, longterm use can lead to worsening of the symptoms for many individuals.

This doesn’t stop Big Pharma from wanting to convince us to keep taking their drugs for this “disease”.

So here’s what we already know about this type of drug ad campaign:

That is the target of the campaign. But according to the insiders at Healthy Skepticism, these tactics lead to overburdened doctors and can have a negative impact on the rational use of medicines.

Healthy Skepticism explains that, even long before a medicine becomes available on the market, Big Pharma’s pre-marketing activities begin as part of a drug company’s disease awareness campaigns.

These disease awareness campaigns involve many parties, are often designed in cooperation with a marketing agency, and typically include:

The Dutch research project, Gezonde Scepsis, is an initiative of the Dutch Institute for Rational Use of Medicine, supported by the Netherlands Health Care Inspectorate and the national Ministry of Health. Researchers concluded:

“Our research shows that the pharmaceutical industry makes use of the leeway offered by current definitions of the term ‘information’ to market their medicines through symptom advertising.

“Pharmaceutical companies carry out campaigns to draw consumers’ attention to diseases or conditions for which a drug solution is available. These campaigns have a demonstrable effect on increased use of these drugs.”

All good news for Big Pharma marketing, wouldn’t you say?

Reproduced with permission from The Ethical Nag: marketing Ethics for the Easily Swayed by Carolyn Thomas –   http://ethicalnag.org Carolyn has over 37 years experience in journalism marketing and public relations.She has a particular interest in medical research and Big Pharma marketing issues.